WHERE IS HOME KATHLEEN?

At NINE years there was unusual activity. There were cut oranges on the tables, and the grown ups were talking about the gifts of charity.

Blimey... my mum thought, handling the first new coat, a Red Coat, they'd ever had. A pair of leather shoes too, for the select few.

3 year old Kathleen had been placed at Nazareth House, Rednal on the outskirts of Birmingham UK because her mother, Kathleen couldn't afford the foster carer at Hednesford since she had a work accident.

There was no single mother pension. She had worked in Munitions and on the Trams at Ladywood during the Nazi Blitz. She had to keep working to pay for her lodging.
It was better to be a young working woman who told nobody she had an illegitimate daughter. The stigma had not changed or the neglect of Government because it was more important to keep the Welfare bill low and children treated differently to those in nuclear families.

The Sisters of Mercy Nuns didn't tell their wards they were to be transported to NSW and NOT coming back!
It would become clear a month later at St. John's Orphanage at Thurgoona, nr Albury, NSW they had been told a big lie. the-wiradjuri-land of Albury etc

Fitted out in beautiful red coats donated by a Charity, the bus trip to Southampton docks was an excursion. Then they found they really were going on a boat trip, "Us kids thought it was a 2 week holiday to Sydney!" said Margaret Coyen who shared a cabin with my mum.

They were pleased to have a holiday in the sun because even with new coats and shoes it was fuckin' freezing in Birmingham!

The Commonwealth of Australia had paid for their one-way ticket, but they were kids and weren't to know there was a patriarchal policy behind their excursion to the other side of the world.

The illicit conception by the daughters of Eve left pregnant women unsupported and stigmatised.
They were at the mercy and control of a Church/State who determined their punishing destiny. Most often the fathers remained anonymous and free to form legitimate families. 2 GRANDMOTHERS of mine WERE CARDINAL SINNERS. Mum's Mum and Dad's mum bore the secret shame.

We don't know who was the war-time fling who had got Nan pregnant. She kept it secret to the very end or perhaps she confessed and was forgiven?
Generally Fathers were absent and usually economically free of child maintenance. No surprise the Nun had written a note "married man?" "Bellamy?".


Mum frequently tried to run away, as did many of the other kids. Nobody would believe the holy order could be so hateful, so unlike the example of Jesus.

Mum had believed her parents were dead from the Nazi bombs of WW2. She was an orphan - an illegitimate orphan. The nuns reminded them that they were little bastards thus nobody loved them.They were cursed; the Bible said so.

Ignorant that their building and grounds was on the traditional lands of the Wiradjuri, the spirit of the Murray River attracted 12 year old Kath to escape.

What Mum didn't know was that on leaving England her mother had been married for 2 months at the Oratory Church in Ladywood('little Rome')on the Dudley Rd.

I'm assuming Grandmother didn't want to threaten the harmony of her honeymoon phase with her Polish emigrant engineer husband. By telling him she had 2 illegitimate children.
Yes two! The younger brother Patrick revealed himself 60 years later as being adopted to a loving family as a baby.

Her devout husband felt blessed with a young wife and the arrival of a daughter.
Imagine the tortuous soul of my Grandmother. Would she relieve herself of her Sins at Confession?
Nan had to catch and hold on to a husband with guile and cunning.
It was survival.She had too much to lose in a prosperous, stable family.

My Grandmother had been an orphan too, born in a Glasgow slum in 1923. Her mother was dead at 28 years due to Syphillus from her soldier husband.Kath, Marion and Herbert were boarded out as their father was sick and incapable. Thomas Clarke would not see his 3 children again.
So nothing would put her own home and a professional, godly husband in jeopardy. 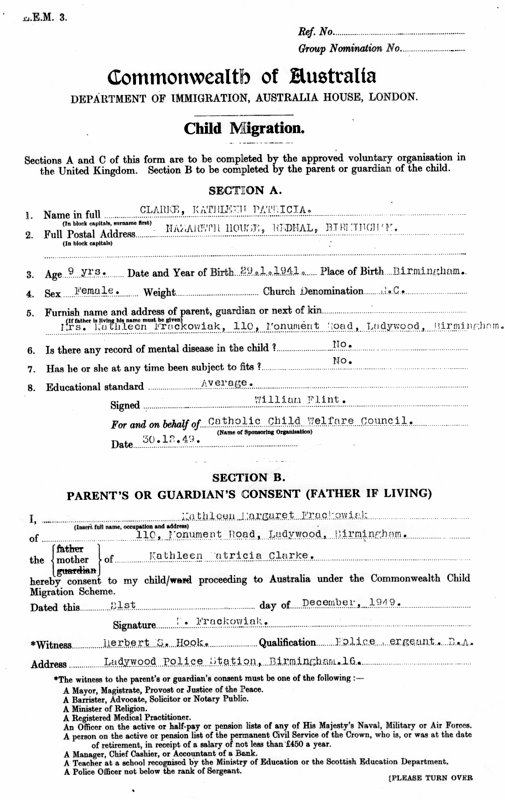 NO HANDS SIGNED THESE PAPERS WITH PEN AND INK. 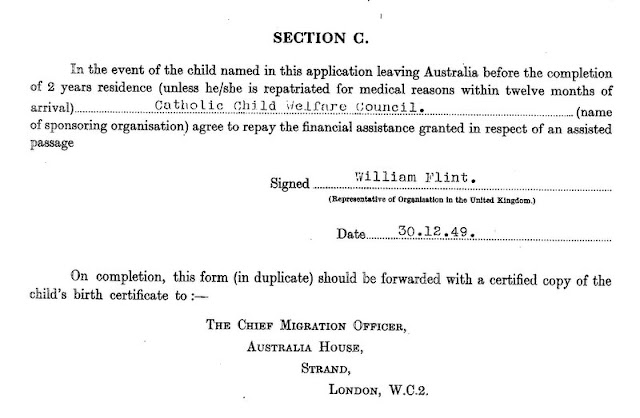 Mum got to leave St. John's aged 18years. This time her Polish step-father paid the one way ticket back to Birmingham. His compassion for his wife's secret stirred his wish to reunite Mother and daughter, and half-sister.

Independently minded and with a motivation to follow her own destiny rather than be an unpaid housekeeper and child carer that her Mother wanted, Kathleen junior  found a job at Cadbury's Bournville.

Kathleen dared to ask her mother if there were  any more children like her hidden away!

NO was the answer, but 70 years later we know better! HAPPY ST PATRICKS DAY OUR DNA!
Sin and Shame had been programmed into the souls of most ladies who committed Mortal Sin of pre-marital sex.

Uncle PATRICK waited for his well-respected adopted parents to die before he would search for the Mother who gave him up in 1944.
He was flabbergasted to discover he had been walking past the house where his mother lived when walking to and from the Oratory church school.

Katie Fegan and the Curragh Of Kildare

My Inbox held a special treat - news of the new album by a special Voice in my life - Kevin Rowland.  Now for my grandson's musical e... 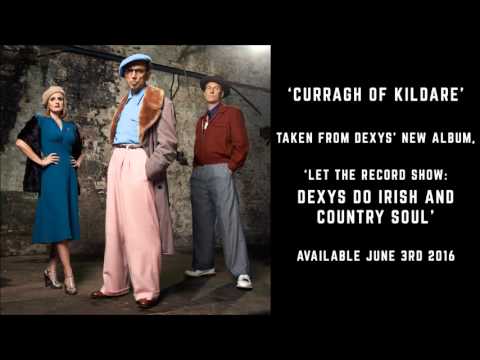 cockneyclarkclan by Julie McNeill is licensed under a Creative Commons Attribution-NonCommercial 4.0 International License. 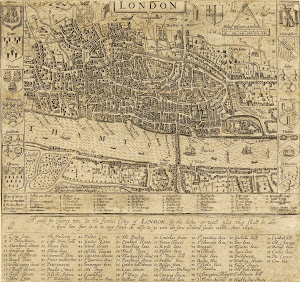 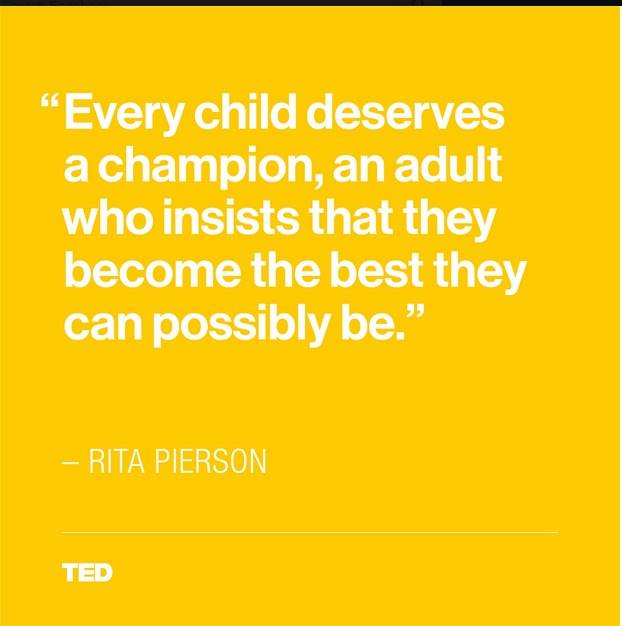